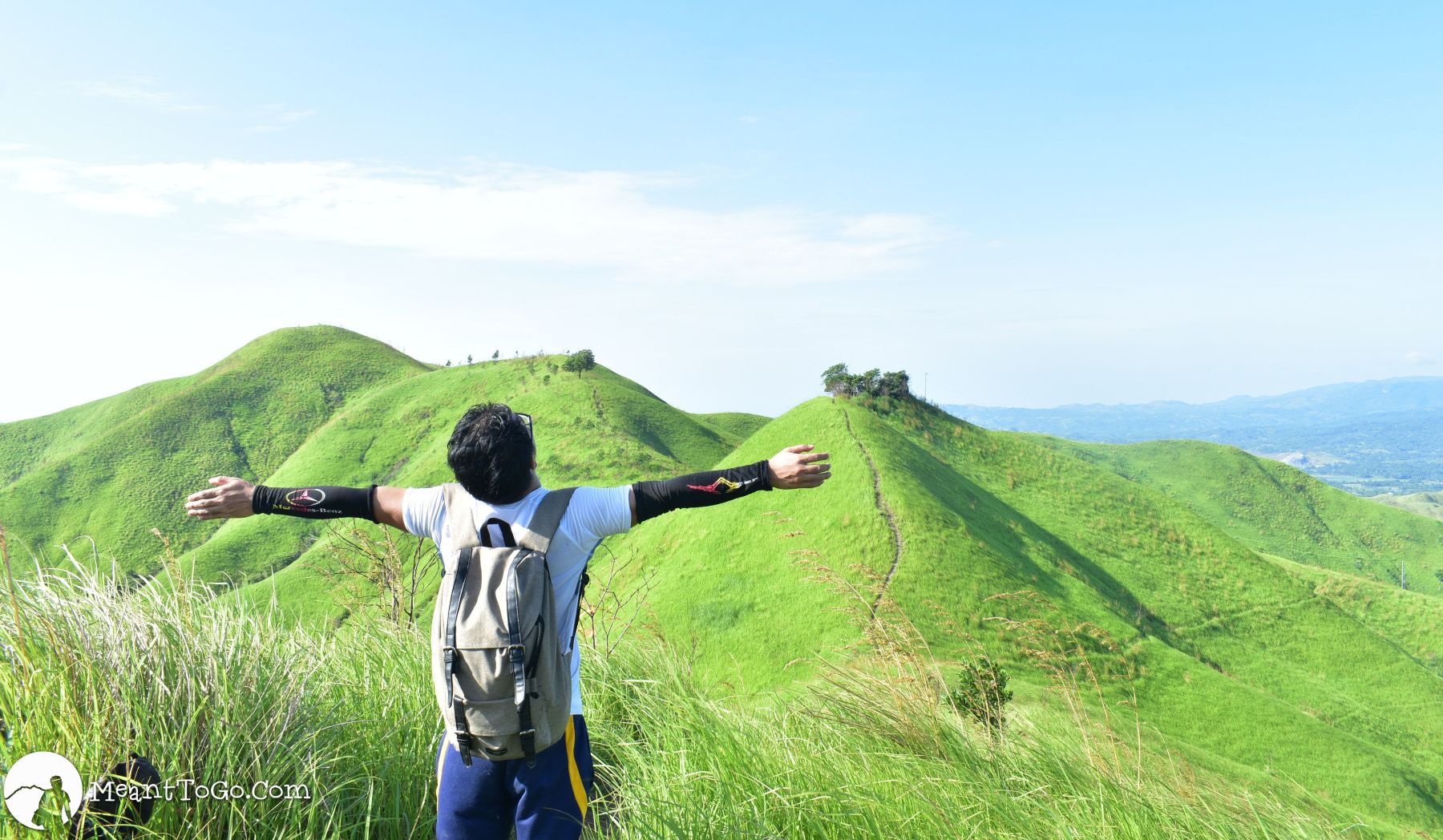 I consider my climb to Alicia Panoramic Park (aka Binabaje Hills) in Bohol as a hell-first-before-heaven kind of adventure. Here’s why… 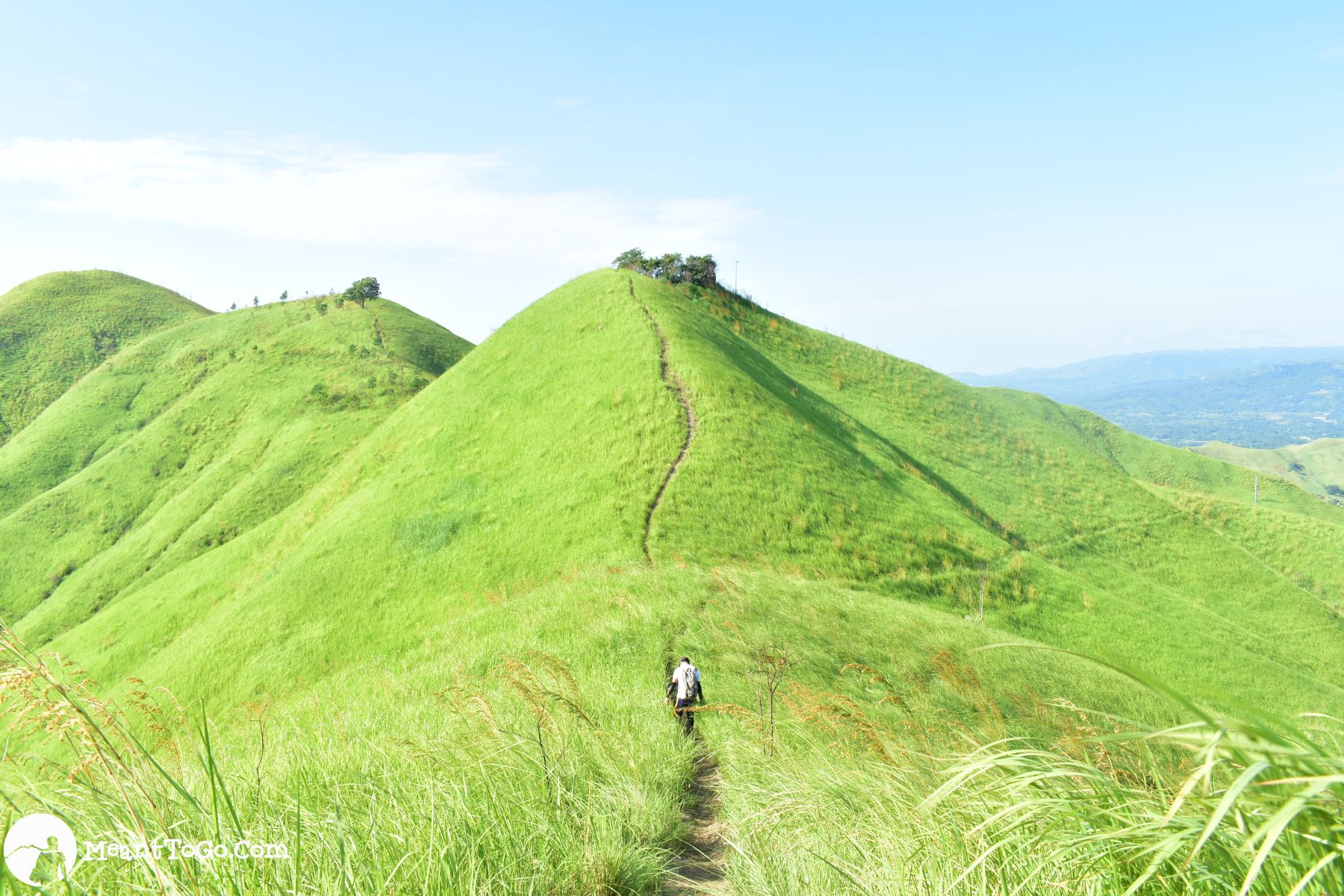 It all started with some confusion from a Cebu Pacific check-in attendant – on whether to allow me to hand-carry my tripod or not. I pointed out that I had been traveling with the airline with this item for quite some time and had no problem with it. After a while, they just instructed me to try to check it in. So I did. I passed the departure entrance without any issue.

Then, came an almost two-hour flight delay courtesy of, again, this ever-punctual airline (sarcasm intended). We were originally scheduled to depart at 10:10 AM, but due to “maintenance” and “ground servicing requirements” (the only words I can remember from the explanation they gave to us regarding the cause of the delay), we finally took off at around 11:45 AM – just in time my stomach started to grumble, complaining… asking for something to fill. How I wished the airline gave us something to eat for free, but all we received were not-so-apologetic apologies from them. Well, that’s life – I thought.

Thinking of the domino effect of this delay to my itinerary, the turn of events convinced me that I was going to have a not-so-good start for this journey.

My goal was to hike on a Saturday afternoon, with the aim of reaching the peak just in time when the glowing golden sunset kisses the lovely landscape of this part of Bohol, but because of the delay, the chances of having that plan achieved became remote. But then, my urge to see the rolling hills of Alicia Panoramic Park far outweighed the setback, and so I thought I had to move along and take my chances.

After getting through the arrival process at Cebu airport, I immediately called a taxi instead of taking a jeepney ride, hoping to recover the lost time.The goal to reach Alicia at 4 PM was still alive despite the odds. And I thought I could still make it by sticking to my original plan of taking a Cordova-Jetafe boat ride since that route was shorter than via Cebu-Tubigon ports.

When already inside the taxi, I asked the driver to take the shortest route possible because I had a boat ride schedule to catch, which he obeyed without hesitations. However, despite all the effort of wading through the traffic, we arrived at Cordova Port after around 45 minutes… only to find out that all the navigation schedules on that day had been cancelled as early as 10 AM due to the unfavorable weather condition. Damn! Why did not I consider the fact that ferries plying Cordova-Jetafe ports were (and still are) the smaller ones?

I called the taxi back; I had no other choice but to take the Cebu City-Tubigon route. But I told him to just drop me this time at a street where I could ride a jeepney or a ride-sharing van because I was on a tight budget and that I could no longer spend another 300 pesos or more for the fare’. Thankfully, he was very helpful; he gave me instructions how to get to the port. All in all, I paid him a little north of 400 pesos (discounted, he understood my plight).

Wading through the heavy traffic of Metro Cebu

Heavy traffic further dampened my spirits. As expected, it was another yet horrendous, tiring journey through the heavy traffic plaguing the streets of Metro Cebu. Not to mention the hassle of transferring from one vehicle to another..and another; and, the usual haggling and asking-for-direction scenes.

I was hoping to arrive at Cebu Pier 1 before 3 PM thinking that I could still take the earlier boat schedule. With that, my late afternoon trek might still be possible. But the odds again were not in my favor as I arrived at the port a quarter before 4 PM. The earliest boat schedule available bound for Tubigon I could find was 4:15 PM.

The realization dawned upon me – the sunset climb I aimed to achieve was nothing but now a shattered dream. I just then apologetically notified the tourism officer of Alicia that I could no longer make it that day. I told her that ‘I will have my trek early morning the following day instead’. She understood my frustrations.

The journey from Tubigon to Alicia (the hassle remained)

I arrived at the port of Tubigon at around 5:40 PM. The worries, the anxiousness, not to mention the withering of my physical self due to hunger and lack of sleep from the night before, prevailed in me as I continued my journey to this place that I had never been before.

Indeed, the hassle was far from over. At the Tubigon terminal, I thought to myself “here I am again” as I went through the process of haggling with some drivers who were willing to take me all the way to Alicia. Habal-habals were charging me 800 pesos because the night was now slowly enveloping and that I was the only passenger going there, not to mention it was still 80 kilometers away. Bus ride was also difficult to catch from Tubigon to Alicia via Carmen. So, I carefully considered my options. Lastly, I decided to ride a van that would take me to Carmen after learning that I could still catch a ride from there going to Alicia.

After alighting in Carmen, I had to haggle yet again for a ride to Alicia. As expected, no one was willing because it was about 9 PM already and it was still more than 40 kilometers away. So I was just there waiting for somebody who could give me that miracle ride. I checked my phone every after a few minutes. Then 5 minutes had passed… 10 minutes… 15…WTH

After more than 20 minutes, I thought I would spend the rest of the night there. Perhaps, somebody would show mercy and might be willing to take me in for a few hours rest before continuing my trip early the following day. But in the mean time, I just stayed along the street, patiently waiting, and reading the messages that I received from time to time from the tourism officer who seemed to be starting to worry about me.

I was so tired and sleepy. It seemed I lost track of time. After a few minutes later, however, I saw a blinding flash of light before me. The driver was shouting ‘O, Alicia!’ Half-awake, I asked, ‘Alicia, kuya?’

Without any hesitation, I got up and grabbed my bag and immediately hopped on for a ride. There were few other passengers with me, but later I found out they were just bound for Pilar, the town next to Carmen.

I was the only passenger left. We started to accelerate.

And the driver was now asking questions…

He was asking some more questions that I was too tired and sleepy to reply. All I wanted was to take some rest.

I messaged the tourism officer that I was almost there, reassuring that I was to arrived that night.

The driver woke me up; we just arrived in Alicia. It was past 10 PM when I disembarked at the public market. A few minutes later, the tourism officer arrived and welcomed me warmly. The people there were so nice and welcoming. Even more when they learned that I came all the way from Davao.

“O, abi-abiha ninju ni kay Duterte ni,” somebody next to me said warmly.

A delightful laugh was my response. And I felt a sigh of relief.

She accompanied me to a nearby eatery and I had a good dinner.

She then introduced me to a resident that offers homestay.

The accommodation was comfortable. How nice it was to feel the softness of bed again as I lied on my back.

I woke up the following morning feeling well-rested. I had a good night sleep. I prepared myself for a long day ahead.

My tour guide and I agreed to commence the trek to Binabaje Hills at 5:30 in the morning. It was drizzling occasionally, but overall the weather was ideal for a hike. I was excited. I finally had the opportunity to climb the elusive Binabaje Hills.

What does it feel to be up on the Binabaje Hills? Well, one word: BLISS

The terrain going to the peak was not that difficult – it would not be that difficult for beginners. It was a lot easier than some other climbs I had before such as my Osmeña Peak climb. But still, it made me to exert some physical effort because the hills were steep and there was nothing I could hold on to except for the shrubs locally called ‘cogon’. I had to stop several times along the way to catch some breath. (and I thank my tour guide who was really patient with my pacing.)

The hills were bare – an open field of greens blanketing the slopes, dotted only by a few trees. I thought climbing up there when the sun’s high above would be a lot more challenging.

So much joy in my heart I felt seeing such a beauty. It was my first time to see such a unique and lovely creation.The fields of green blanketing the rolling hills treated my eyes a breathtaking view. The cool fresh air invigorated my senses. All of the pain getting there was suddenly gone. It left me in awe.

Up there, I thought of my loved ones – how I wished they were there with me so we could share that piece of paradise together.

Truly, it was a humbling experience.

I lingered for awhile before heeding the call of my tour guide who suggested that we should start our descent before the creeping scorching sun reaches us.

Now, enough of words; just take a look at some photos we have taken. 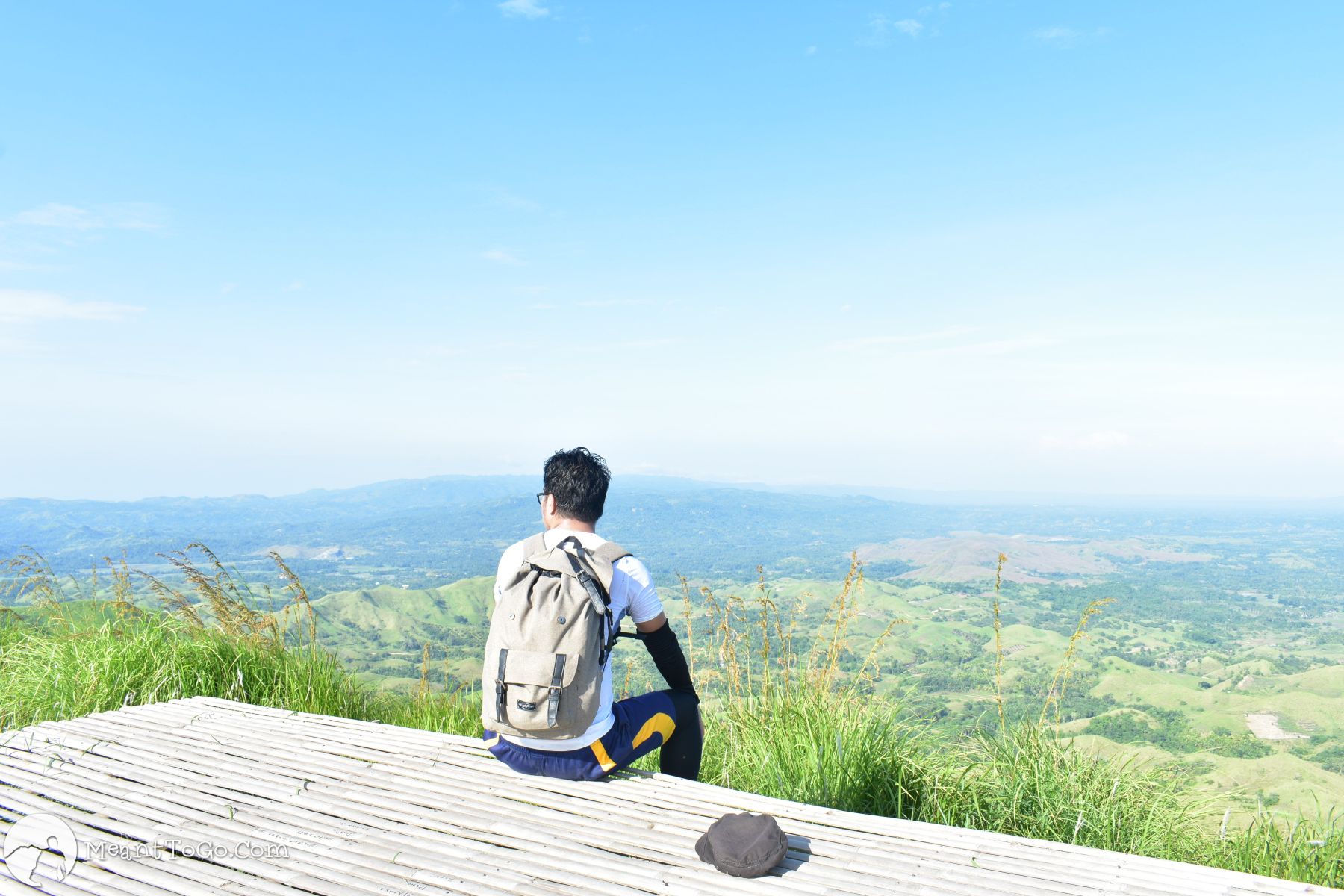 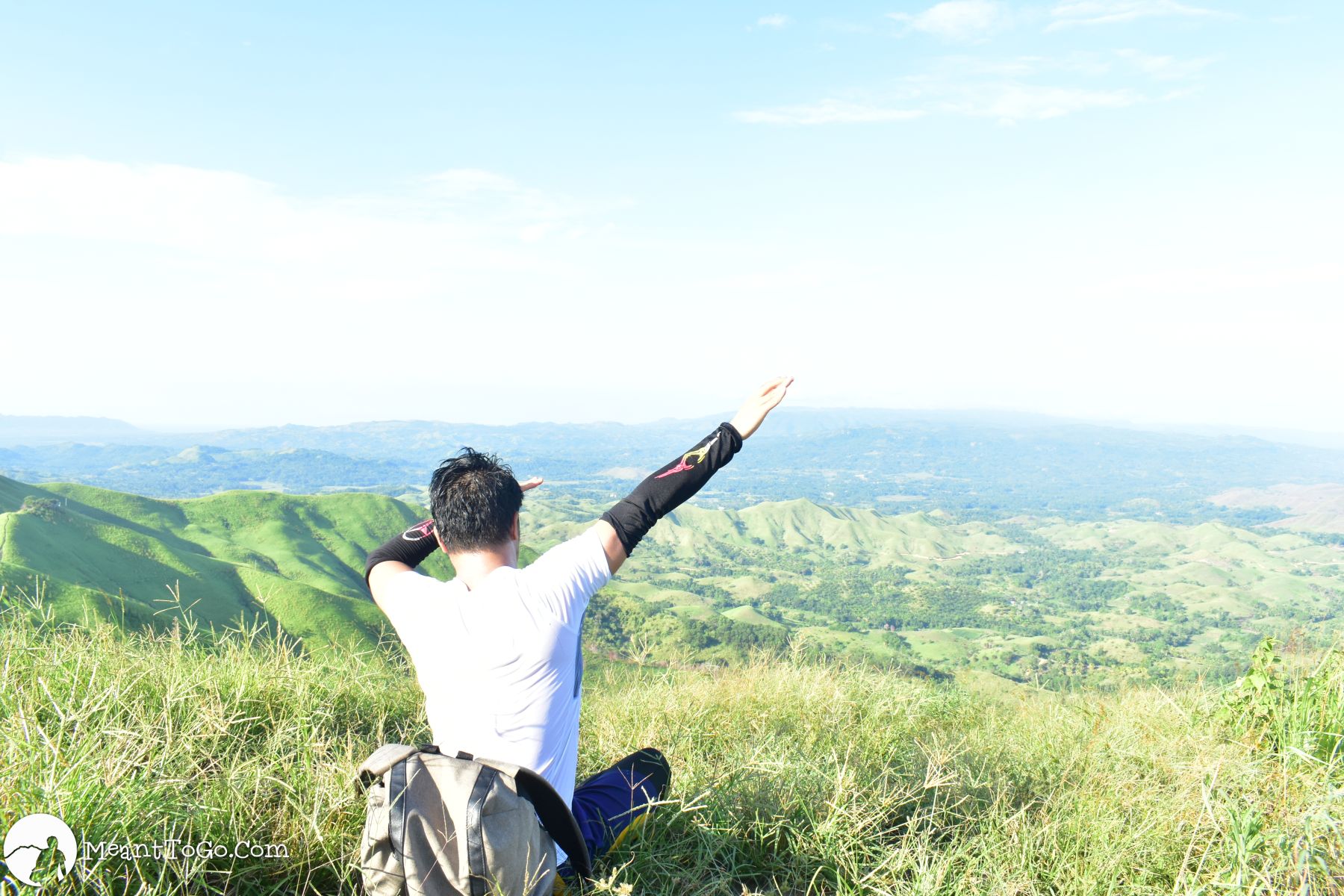 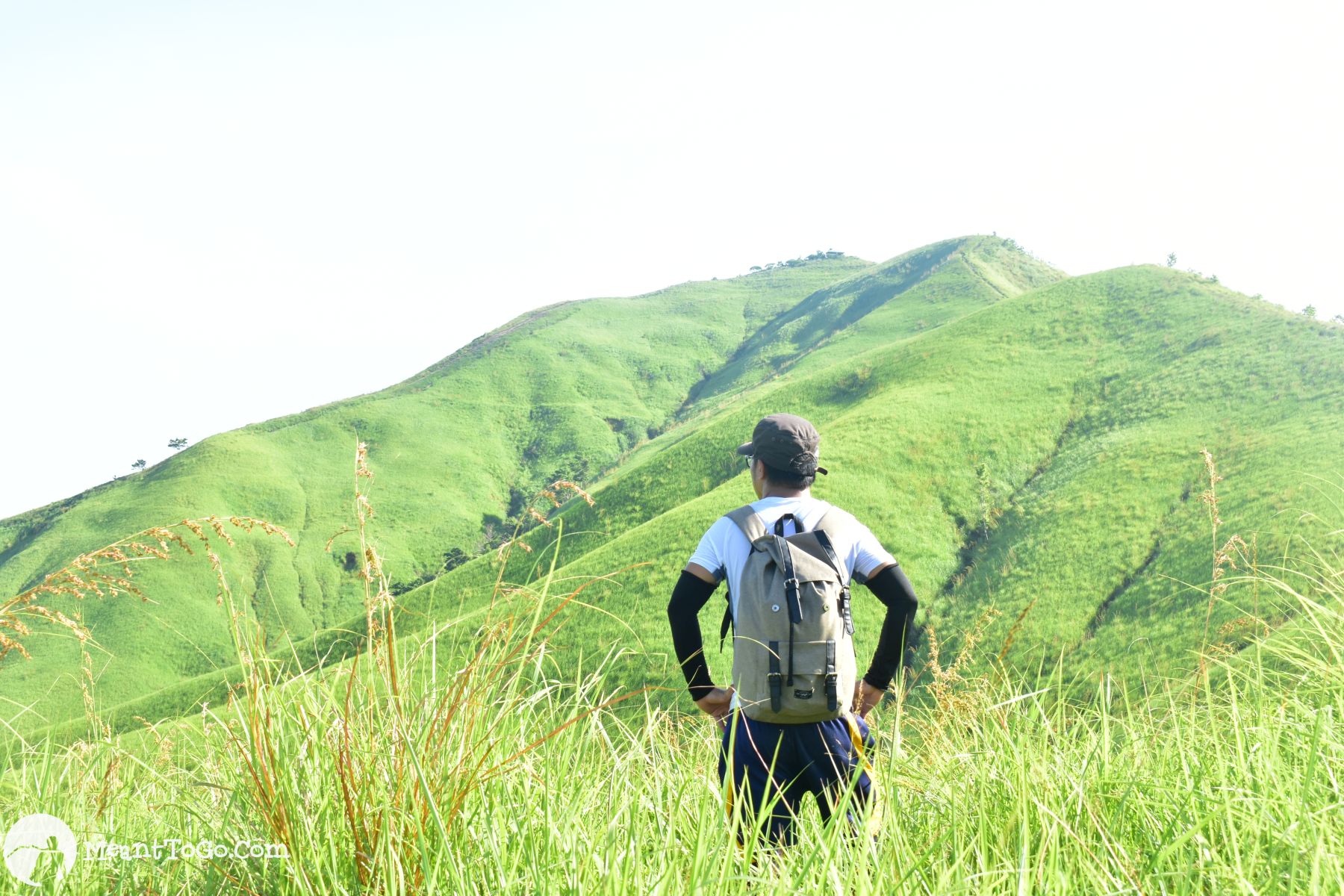 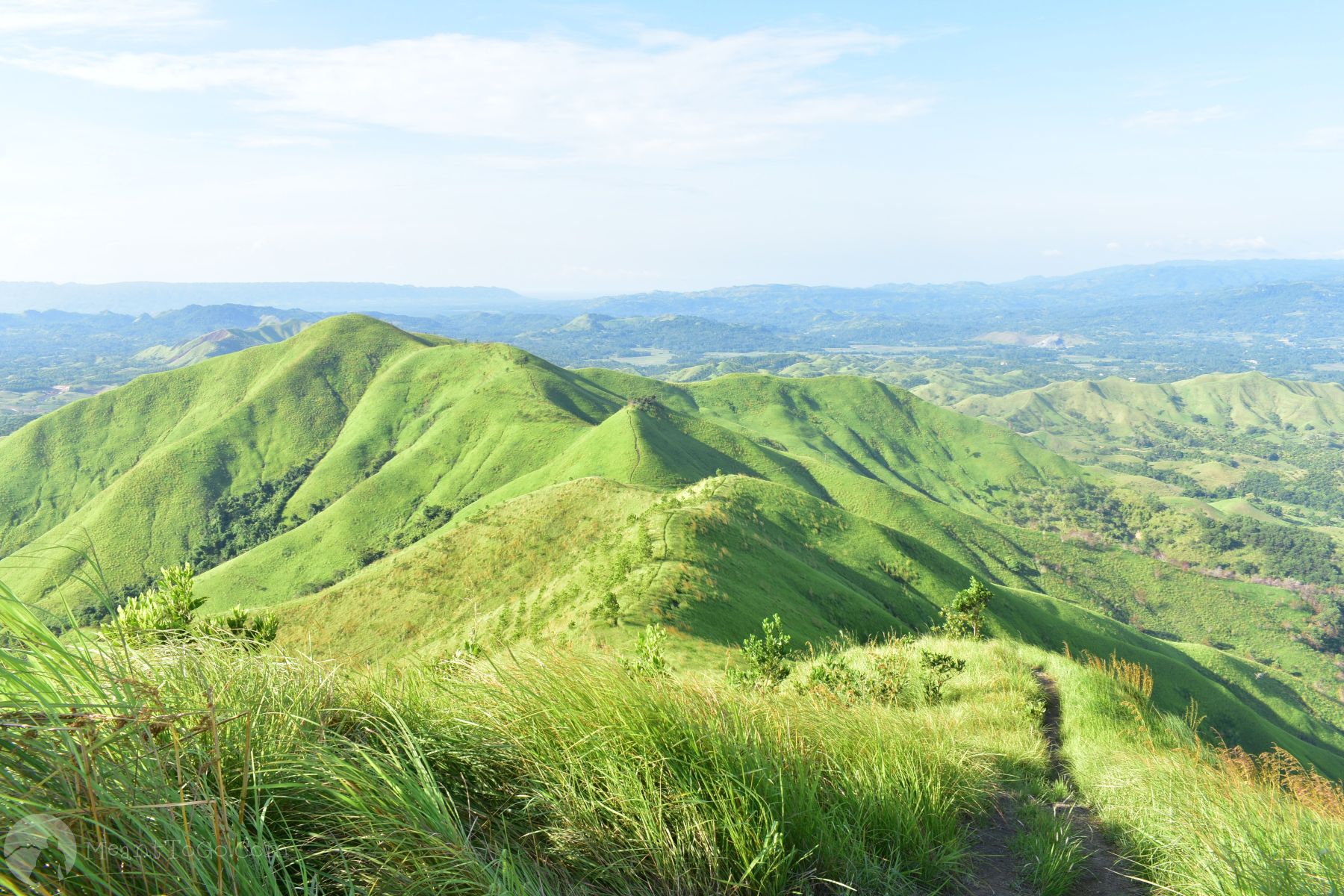 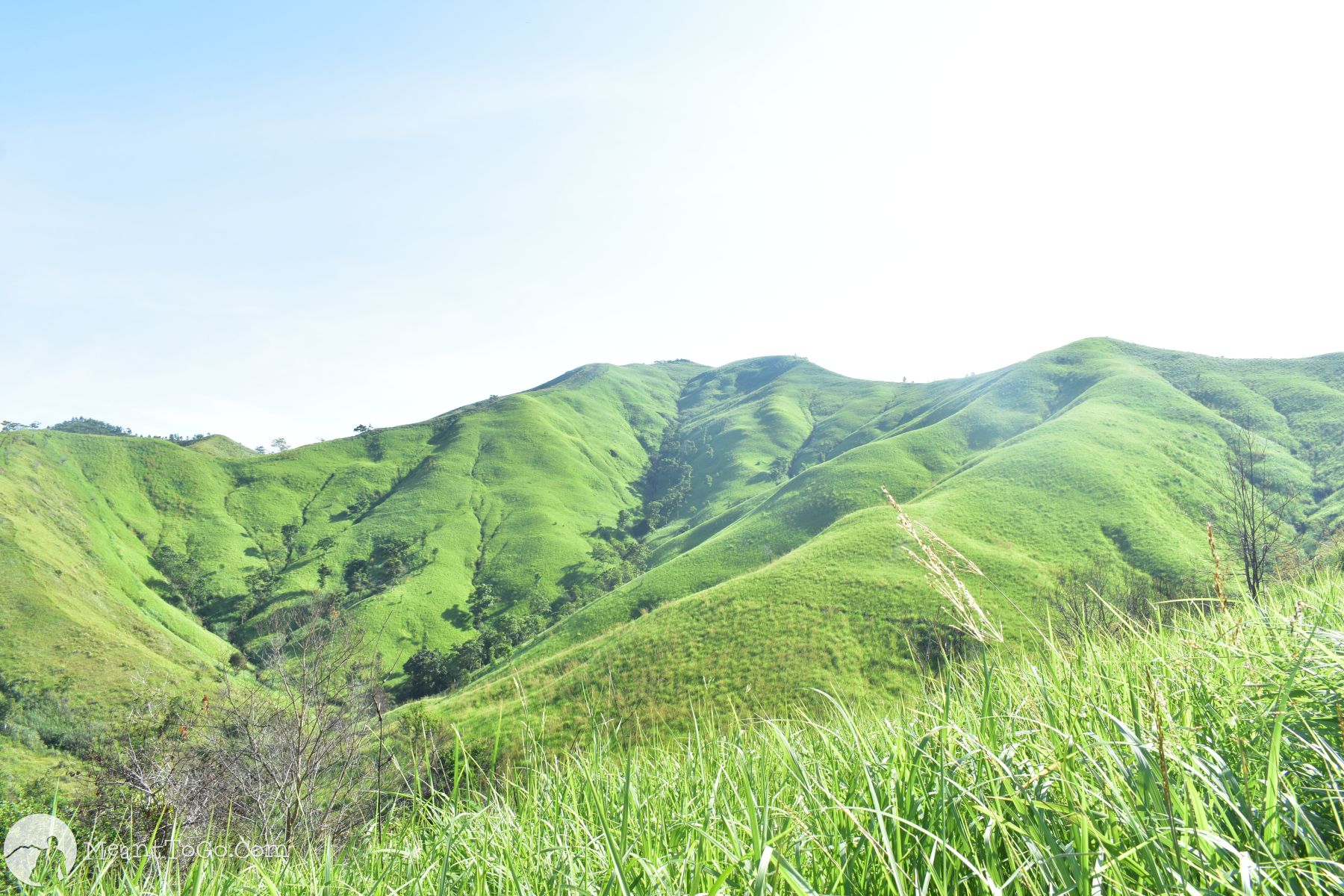 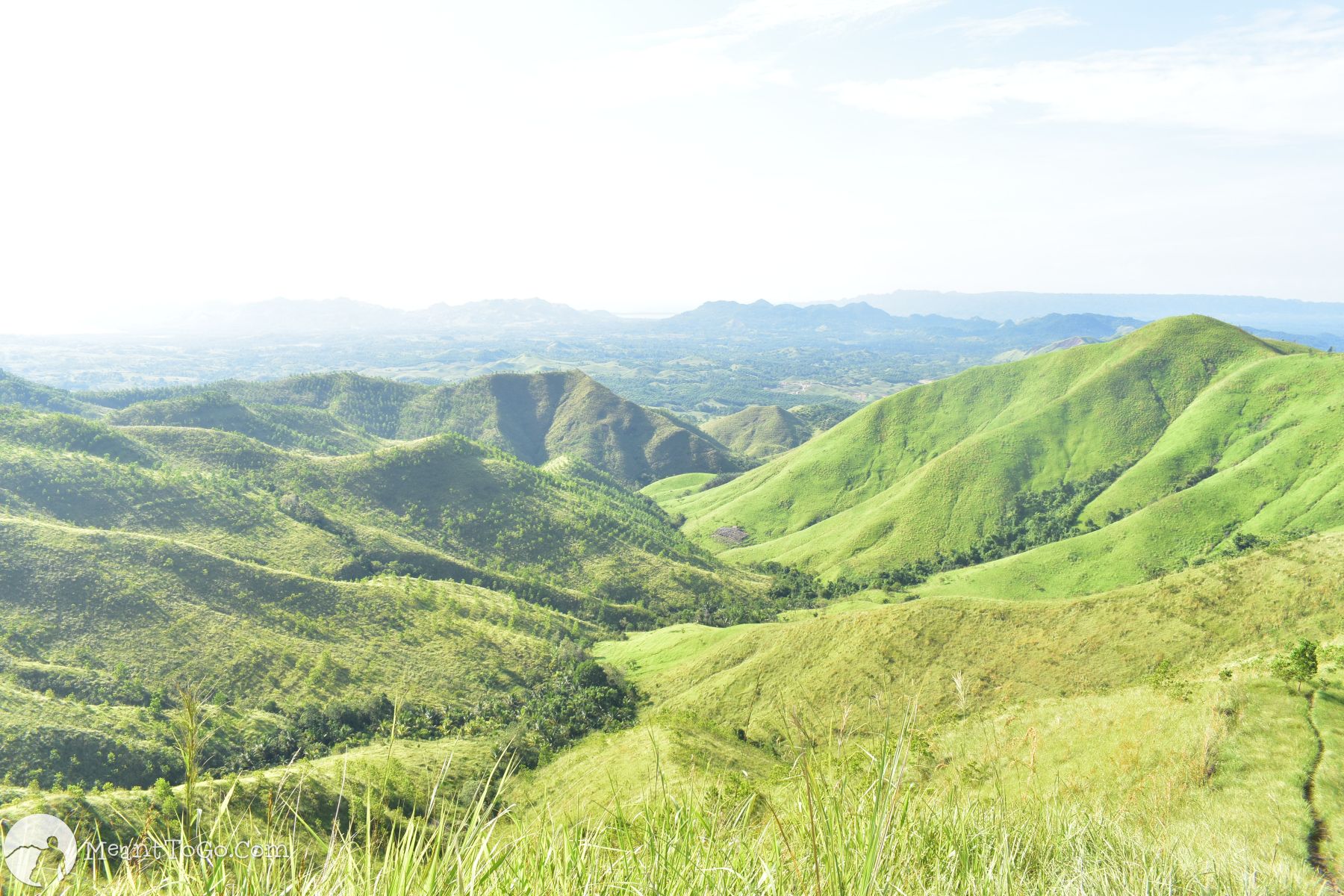 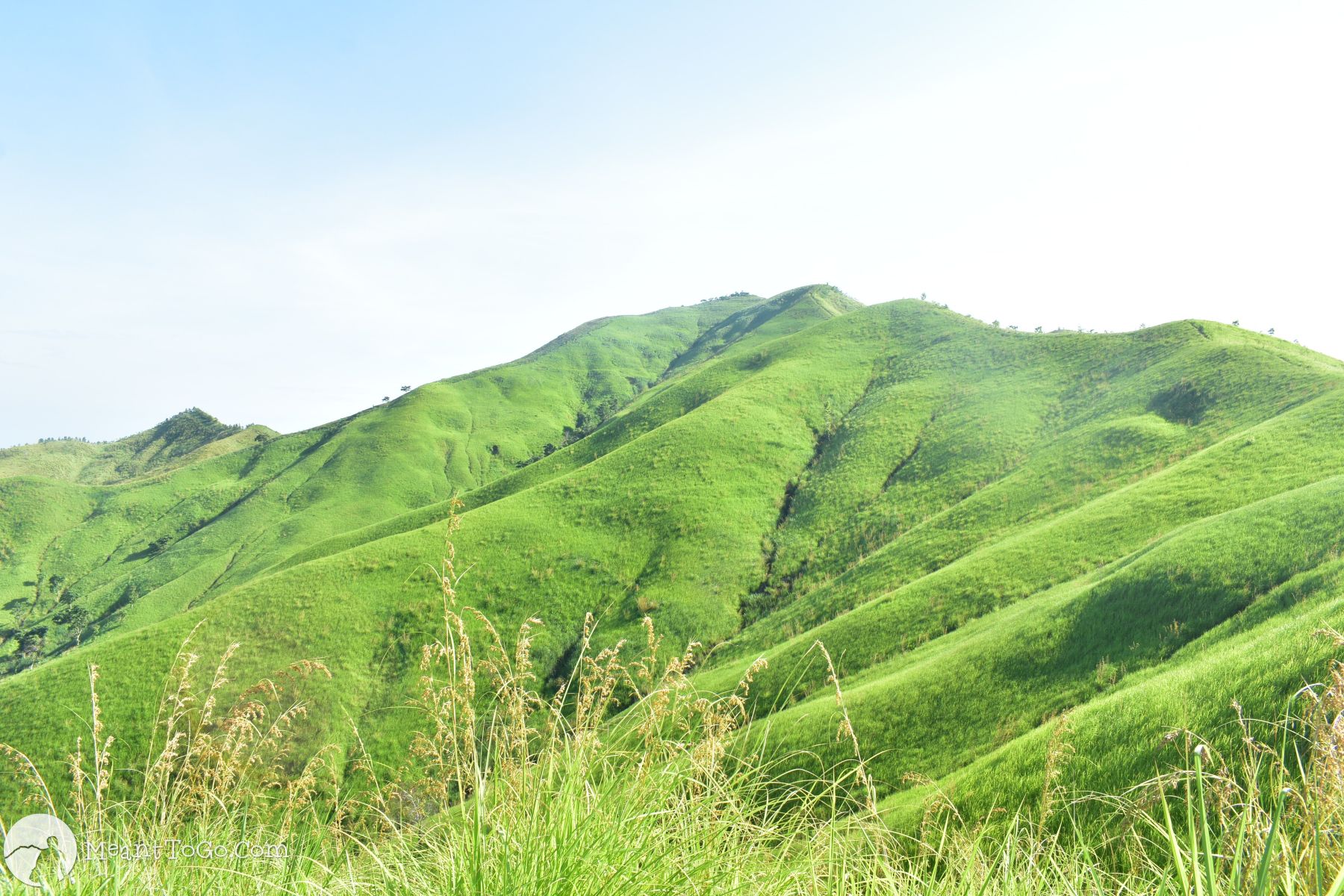 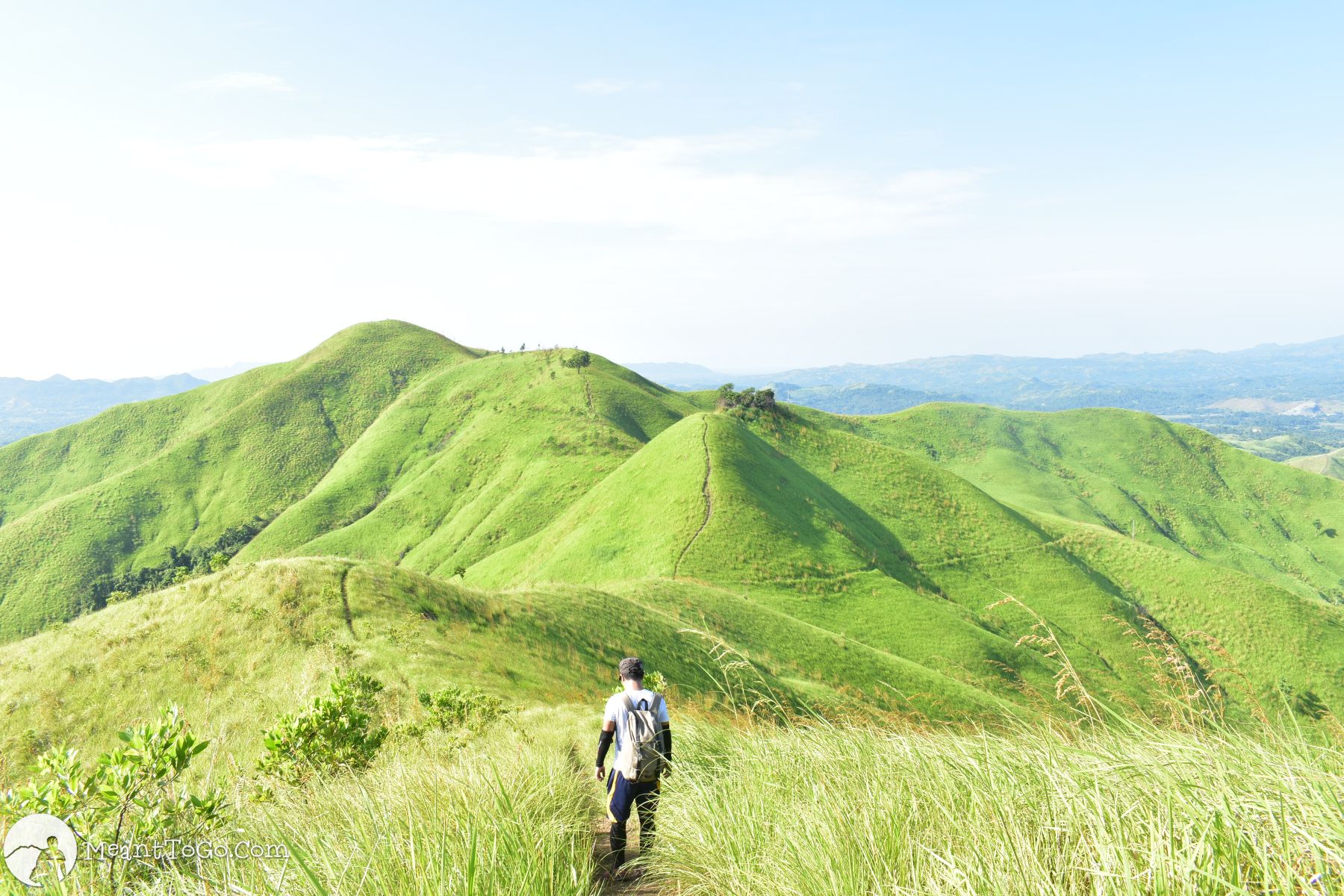 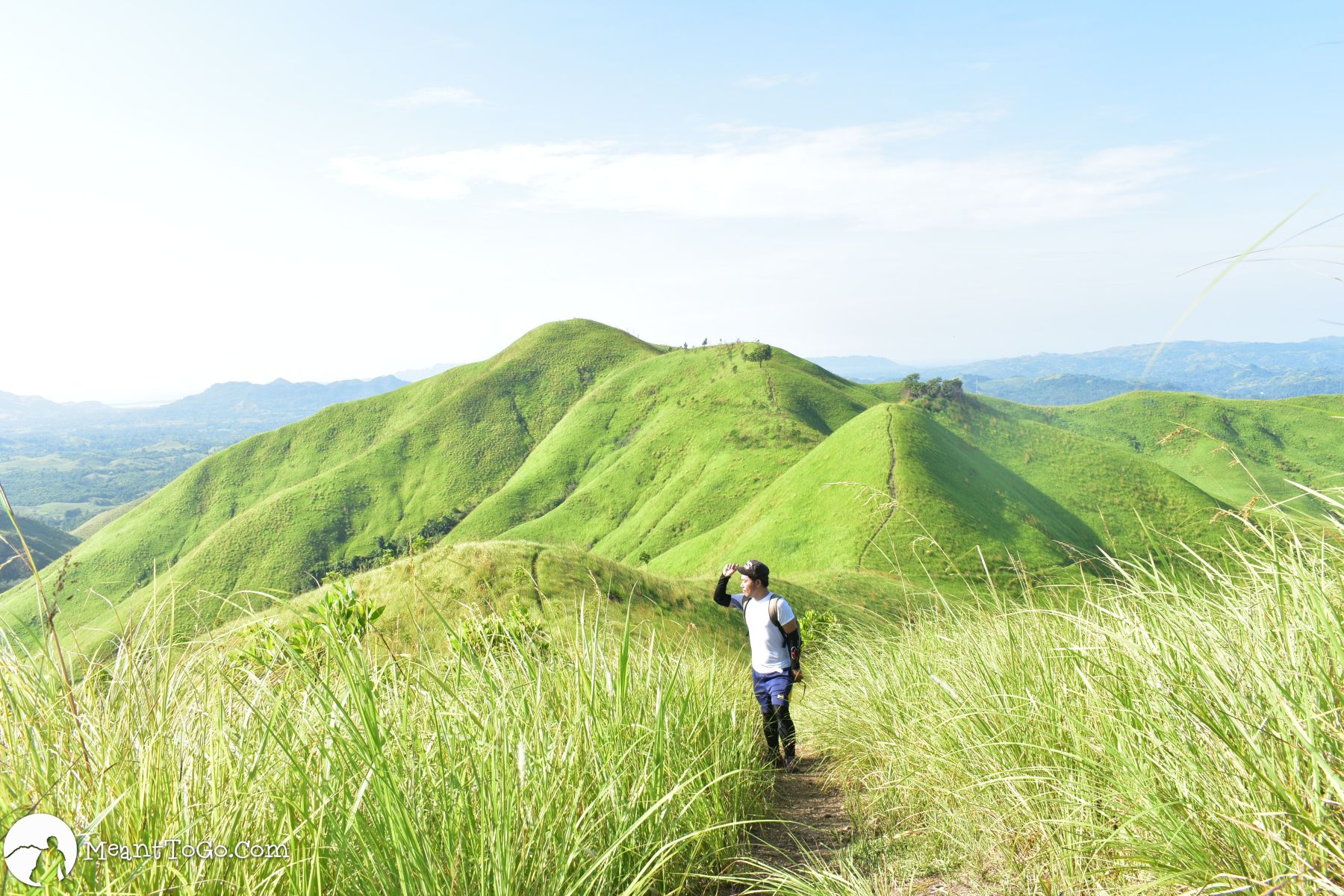 How to get there

I was having a second thought of writing about how to get there considering the ordeal I went through getting there myself. On the other hand, I thought this would help you – with a little process refinement.

If you want to follow my route, here’s what you need to do:

Via Tagbilaran Airport in Bohol

Thanks to Miss Godelia Lumogdang, the Tourism Officer of the Municipality of Alicia, for helping me out in this trek – for ensuring my slot, finding a tour guide and a place to stay. (contact #: 09308233330)

To Bernard Bernido, my tour guide, for helping me every step of the way during the climb – from guiding me through the trail, carrying some of the stuff, and for taking nice photos. (contact #: 0910-0937-402)

To the registration officers at Alicia Panoramic Park for welcoming me with such warmth.

And to all of the locals I met in the entire duration of my stay.

All of you deserve the highest respect and appreciation. 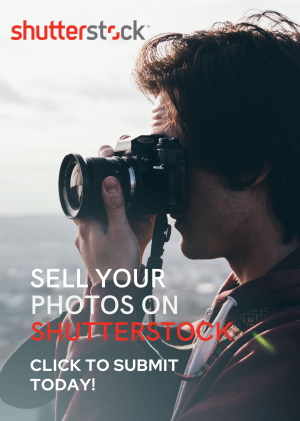